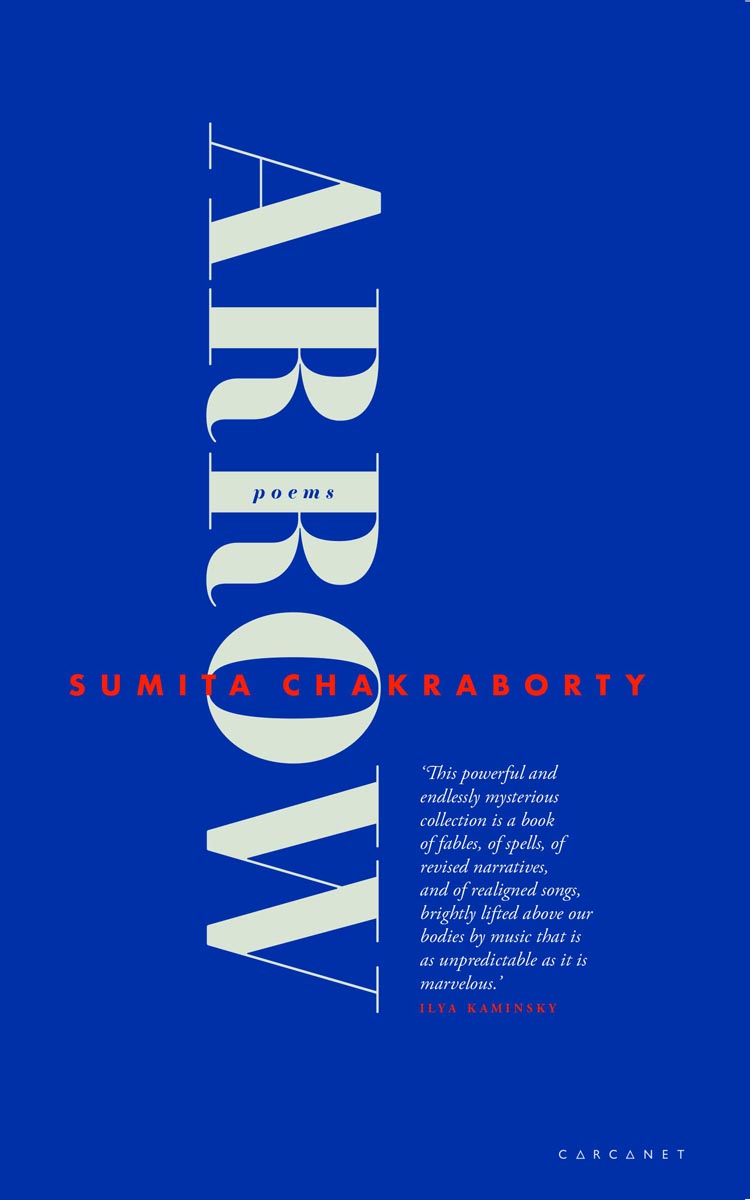 Chakraborty Sumita
"Arrow" is a debut volume extraordinary in ambition, range and achievement. At its centre is "Dear, beloved", a more-than-elegy for her younger sister who died suddenly: in the two years she took to write the poem, much else came into play: "it was my hope to write the mood of elegy rather than an elegy proper", following the example of the great elegists including Milton, to whose "Paradise Lost" she listened during the period of composition, also hearing the strains of Brigit Pegeen Kelly's "Song", of Alice Oswald and Marie Howe. The poem becomes a kind of kingdom, "one that is at once evil, or blighted, and beautiful, not to mention everything in between".

As well as elegy, Chakraborty composes invocations, verse essays, and the strange extended miracle of the title poem, in which ancient and modern history, memory and the lived moment, are held in a directed balance. It celebrates the natural forces of the world and the rapt experience of balance, form and – love. She declares a marked admiration for poems that "will write into being a world that already in some way exists". This is what her poems achieve.

Sumita Chakraborty is a poet, essayist, and scholar. She is Helen Zell Visiting Professor in Poetry at the University of Michigan, where she teaches literary studies and creative writing. In 2017, she received a Ruth Lilly and Dorothy Sargent Rosenberg Fellowship from the Poetry Foundation, and in 2018, her poem "And death demands a labor" was shortlisted for a Forward Prize for Best Single Poem by the Forward Arts Foundation. Formerly, she was poetry editor of AGNI Magazine and art editor of At Length.