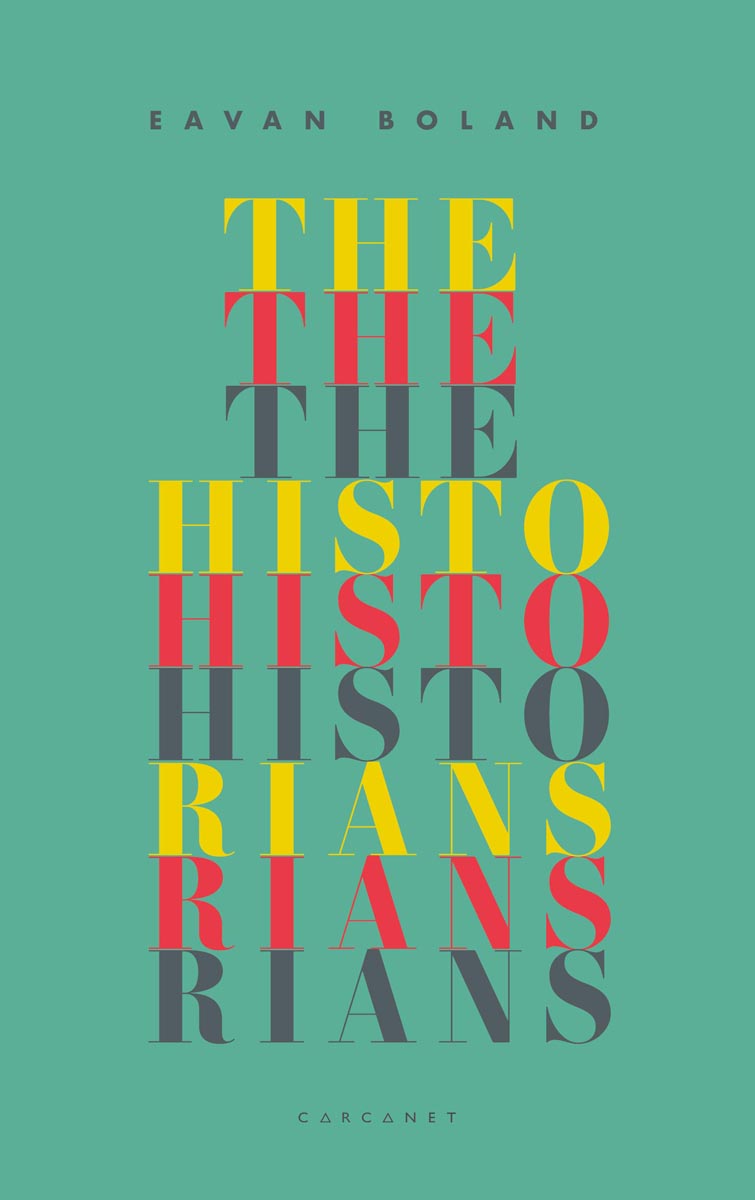 Boland Eavan
Throughout her nearly sixty-year career, acclaimed poet Eavan Boland came to be known for her exquisite ability to weave myth, history, and the life of an ordinary woman into mesmerizing poetry. She was an essential voice in both feminist and Irish literature, praised for her "edgy precision, an uncanny sympathy and warmth, an unsettling sense of history" (J. D. McClatchy). Her final volume, "The Historians", is the culmination of her signature themes, exploring the ways in which the hidden, sometimes all-but-erased stories of women's lives can powerfully revise our sense of the past.

Two women burning letters in a back garden. A poet who died too young. A mother's parable to her daughter. Boland listens to women who have long had no agency in the way their stories were told; in the title poem, she writes: "Say the word history: I see / your mother, mine. / ...Their hands are full of words". Addressing Irish suffragettes in the final poem, Boland promises: "We will not leave you behind", a promise that animates each poem in this radiant collection. These extraordinary, intimate narratives cling to the future through memory, anger, and love in ways that rebuke the official record we call history.

Born in Dublin in 1944, Eavan Boland studied in Ireland, London and New York. Her first book was published in 1967. She has taught at Trinity College, University College and Bowdoin College Dublin, and at the University of Iowa. She is currently Mabury Knapp Professor in the Humanities at Stanford University, California. A pioneering figure in Irish poetry, Boland's previous works include "The Journey and other poems" (1987), "Night Feed" (1994), "The Lost Land" (1998) and "Code" (2001). Her poems and essays have appeared in magazines such as The New Yorker, The Atlantic, Kenyon Review and American Poetry Review. She is a regular reviewer for the Irish Times. She divides her time between California and Dublin where she lives with her husband, the novelist Kevin Casey.