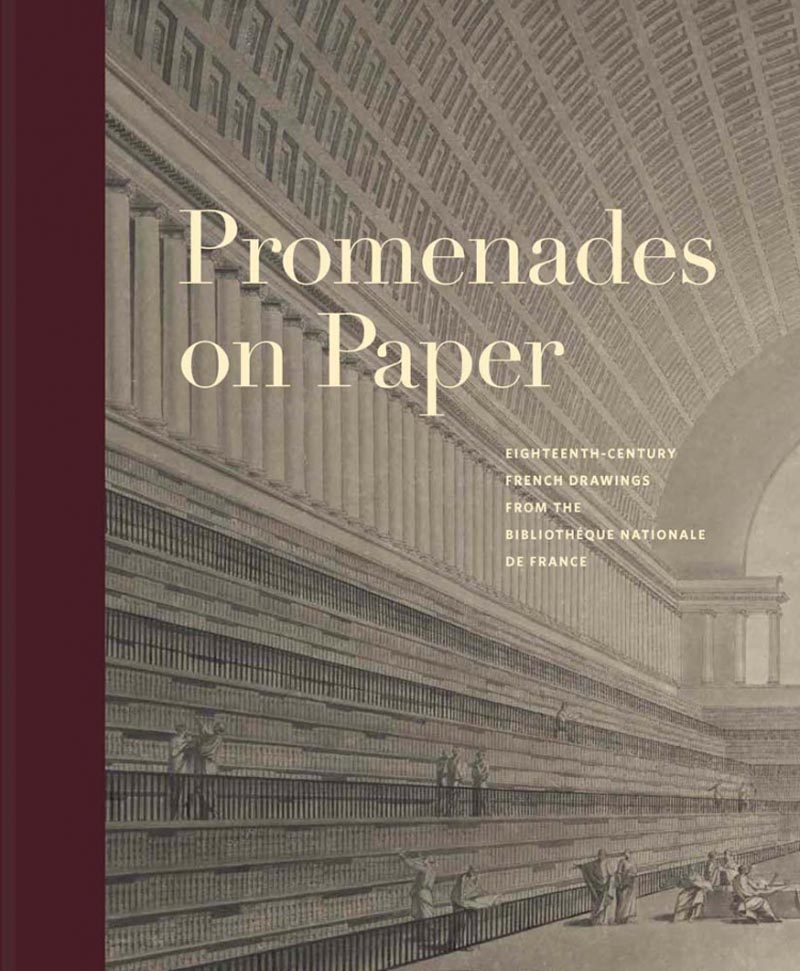 "Promenades on Paper" explores the largely unmined collection of eighteenth-century drawings held in the Department of Prints and Photography of the Bibliotheque nationale de France. Among the 50 featured artists are some of France's most celebrated eighteenth-century practitioners, including Madeleine Basseporte (1701-1780), Francois Boucher (1703-1770), Gabriel de Saint Aubin (1724-1780), and Jean-Honore Fragonard (1732-1806), alongside architects, designers, and printmakers. Scattered across the institution's vast reserves, these drawings have until now served primarily documentary purposes. In this book, leading international scholars introduce more than 80 drawings, albums, and sketchbooks – many published here for the first time – and reveal how artists used drawing to record, critique, and try to improve the world around them.

Esther Bell is the Robert and Martha Berman Lipp Chief Curator, Sarah Grandin is the Clark-Getty Curatorial Fellow, and Anne Leonard is the Manton Curator of Prints, Drawings, and Photographs, all at the Clark Art Institute, Williamstown, MA.